Welcom to My loonyverse is Chris's first album and it came out on Sinners Music in September 2016. You will find it is available on  SPOTIFY, ITUNES and APPLE MUSIC. The Cd and fully illustrated book are also available at Wolds Village and at Pocklington music, while stocks last!!!! The book costs £15 and you'll get the CD free

Ocean Of Reasons is Mal Oxborrow first solo album and highlights Malcolm's skill as a guitarist and songwriter. Originally released on Malcolm's own label, the tracks have been remastered for digital download and can be purchased here.

The East River Band were active throughout the 1990's and were known as a stunning live band playing an infectious style of Rhythm and Blues. Fronted by Mal Oxborrow on vocals and guitar, Roj Moody on guitar and harmonica, Keith Mack on bass, Nick Dew on drums and Pam Moody on percussion and vocals. Sinners Music is very pleased to have remastered their CD's which can now be downloaded from Mal Oxborrow's website. 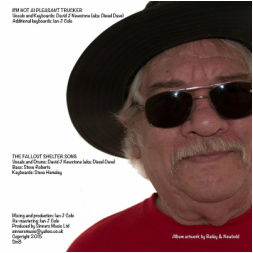 Diesel Dave (David James Newstone) is a musician and songwriter best known for his orchestral Humber Bridge Suite and having playing in some notable 1960's and 70's groups such as The Clansmen and Spectre.
The Pleasant Trucker single is Dave’s first release on Sinners Music.

Ian is the founder of the Sinners Music, a musician, composer, sound designer and producer currently producing solo ambient electronic music and playing electronics in the pop group Katie and the Questions. Ian's music is licensed for TV, film and the web by YouLicense in the United Kingdom and Muse IQ in American and worldwide.

Katie and the Questions 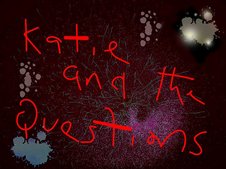 Born in 2008 out of a love for jingly guitars, electronics and PowerPop, The band released their first EP What Katie Did in 2011 which got a fantastic review in Croon magazine and their first full album 'Answers' in 2012. They are currently working on a new material which will be out in 2020.

Website : Twitter : Facebook
​Cry Baby
Cry Baby are a 4 piece indie rock band from York who released their 2nd single 'Take Me Away' on Sinners Music in Early 2017 and are currently working on new recordings.
Powered by